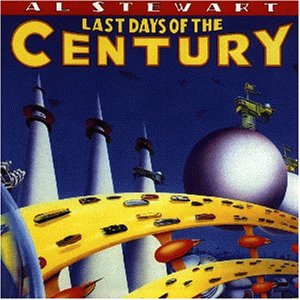 The most enduring creative relationship of this period, however, was with Al Stewart. Stewart was a British folk-rock musician who broke out in 1969 with the first mainstream British record to use the word “fuck,” then became known for a chain of longer songs rich with historical references. His biggest hit came in 1976 with “Year of the Cat,” and in 1988, after a four year absence from the industry, he attempted a comeback album called Last Days of the Century, which Chiccarelli produced and Amos played keyboards and sang backing vocals on. Stewart and Amos hit it off, and Amos penned a couple of songs with or for him.

The first of these was “When I Was Dreaming,” a lightly swinging piano number that never went anywhere save for Amos’s demo of it. The version we have feels slightly unfinished, as though it still needs a second verse, and like it doesn’t quite know what it’s doing. A more finished version of it (with its lyrics essentially completely rewritten but the melody in place) was released as a bonus track for Last Days of the Century in 2007 alongside another Amos co-composition, “Ten Cents.” (The latter being the piece that Amos’s hand is clearest on, to the point that it’s easy to imagine her singing it.) Another composition, however “Charlotte Corday,” made it onto Stewart’s 1993 album. This was a faintly gothic piece about the ghost of Jean-Paul Marat’s assassin, and is at least a pleasant curiosity. (There’s a fourth to talk about, but we’ll come back to that another day.)

The most entertaining intersection of their careers, however, came in 1991 while Amos was in London working to build a profile for Atlantic’s strategy of breaking her out in the easier-to-manage UK market before releasing Little Earthquakes domestically. Stewart’s piano player fell ill the night of a concert, and he hastily rang Amos up asking if she could come to the Royal Festival Hall and play on “Year of the Cat.” Amos’s visa didn’t cover this work, however, and so Stewart gamely introduced her as Viliana Tchaikovskaya, an allegedly Russian pianist who neither spoke a word of English nor knew anything about English-language music save, apparently, for Stewart’s 1976 hit.

“When I Was Dreaming” presumably recorded in 1988 around production of Last Days of the Century. Other songs as described in the entry.

Thanks to DesertSon on Twitter for pointing out the existence of “Dreaming.”